The million dollar question – What is a cultured pearl?

A woman’s jewellery collection would not be complete without a pearl neckpiece, pearl drop earrings or a bracelet of pearls. Whether a woman acquires her pearls by an admirer, if they’ve been passed down through the generations or quite simply purchased for themselves, they will always be nature’s gems treasured for their rarity, beauty and their sentimentality.

Requiring no processing to reveal their natural beauty, their mystery and romance goes back thousands of years. Treasure hunters used to rely on a chance finding of a natural pearl in marine bivalves (oyster).

Natural pearls are extremely rare; one in 2000 pearl oysters contains a natural pearl. These are formed when the oyster reacts to an irritant by coating it with nacre, the shiny iridescent material found on the inner surface of the shell. The more of these translucent nacreous layers there are, the finer the lustre of the pearl. 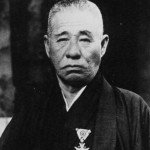 Kokichi Mikimoto (1932) was a stickler for detail. He virtually invented the cultured pearl business and on one occasion burned tons of inferior pearls to avoid them being sold on the market.

A Japanese entrepreneur, Kokichi Mikomoto, is credited with starting the cultured pearl industry. On 11 July 1893, after lengthy research and experimentation, Mikimoto’s wife, Ume, hauled a basket of oysters from the sea for inspection. Within the folds of an oyster, nestled a gleaming pearl. At last, her husband’s dream had become a reality; that oyster held the secret to cultivating beautiful pearls of such quality that they rivalled natural pearls. In 1896, Mikimoto was granted his first patent for cultured pearls. And so began his flourishing empire on Ojima Island which was renamed Pearl Island.

Mikimoto used Ama divers to look after the oysters. Ama means ‘sea women’ and Ama diving has been a largely female tradition for about 2000 years. These Ama divers and Mikimoto formed a strong working bond. They were the original free-divers; wearing nothing but a loin cloth, they would descend into freezing waters and hold their breath for a substantial length of time.Their role was to collect the oysters from the seabed so that the pearl-producing nucleus bead could be inserted into the oyster. Once this process was completed, the Ama divers would return the oysters back to the seabed in a place protected from rough seas.

We find it fitting that for centuries, these brave women played such an enormous part in bringing these pearls up from the ocean to adorn other women all over the world.